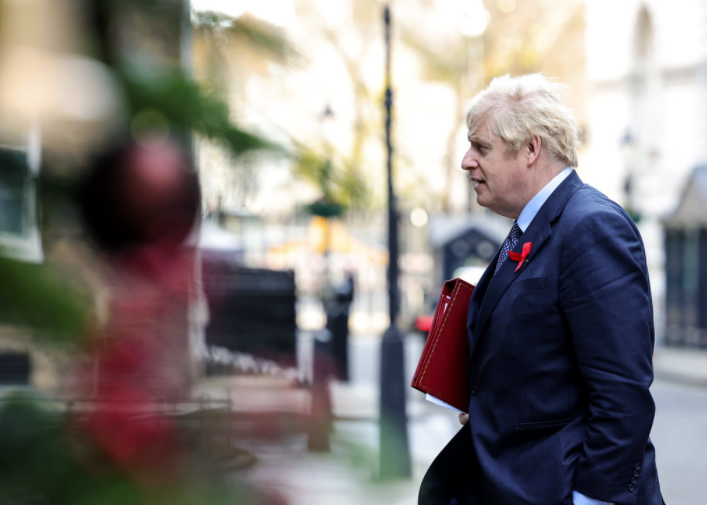 The Prime Minister today urged MPs in the House of Commons to pass new COVID regulations, to keep transmission down and beat the virus. Read what he said in full below:

Mr Speaker, I beg to move that these Regulations now be approved.

And I want to begin by telling the House that I was hugely encouraged by a visit I paid only yesterday to a vaccine plant in North Wales where I saw for myself the vials of one of seven vaccines backed by the UK Government that could turn the tide of our struggle against COVID, not just in this country but around the world.

It is the protection of those vaccines that could get our economies moving again, and allow us to reclaim our lives.

And that one plant in Wrexham could produce 300 million doses a year and yesterday was the momentous day when it began to manufacture the Oxford AstraZeneca vaccine.

And it was a very moving moment Mr Speaker when I talked to one of the brilliant young scientists there, and she described the extraordinary moment for her in her life, to be part of an enterprise that was she thought truly going to offer humanity a route out of this suffering.

And while all the signs are promising and almost every scientist I’ve talked to agrees that the breakthrough will surely come, we do not yet have one that has gained regulatory approval.

We can’t be completely sure when the moment will arrive and until then we cannot afford to relax, especially during the cold months of winter.

The national measures which are now shortly ending in England have eased the burden on the NHS and begun to reverse the advance of the virus.

Today, the R is back below 1 and the ONS survey is showing that signs of the infection rate are levelling off. And Imperial College London has found that the number of people with COVID has fallen by a third in England since 2nd November.

But while the virus has been contained, it has not been eradicated.

The latest ONS figures suggest that out of every 85 people in England, one has Coronavirus; far more than in the Summer between 24th November and yesterday, 3,222 people across the UK lost their lives; and despite the immense progress of the last four weeks, our NHS remains under pressure, with hospitals in three regions – the South West, the North East and Yorkshire – all treating more Covid patients now than at the peak of the first wave. So we can’t simply allow the current restrictions to expire for the reason he gives with no replacement whatever.

But I hope the House is clear what I am not asking for today.

This is not another lockdown, nor is this the renewal of the existing measures in England.

The tiers that I am proposing would mean that from tomorrow everyone in England – including those in tier 3 – will be free to leave their homes for any reason.

And when they do, they will find the shops open for Christmas, the hairdressers open, the nail bars open, gyms and leisure centres, swimming pools open, churches, synagogues, mosques and temples will be open for communal worship.

Organised outdoor sport will resume, and in every tier you will be able to meet others in parks and in public gardens subject to the Rule of Six.

And every one of those things has been by necessity restricted until today. Every one of them would be allowed again tomorrow.

Of course I accept that this is not a return to normality. I wish it were so.

But it is a bit closer to normality than the present restrictions.

And what we cannot do is lift all of the restrictions at once, or move too quickly, in such a way that the virus would begin to spread rapidly again. That would be the surest way of endangering our NHS and forcing us into a new year lockdown, with all the costs that that would impose.

We all accept that the burden on the hospitality sector has been very great.

We feel this deeply, because our pubs, our hotels, restaurants they are in many ways the heart of the communities

And part of the fabric of our identity as a country

And everybody can see that the hospitality industry has borne a disproportionate share of the burden in this crisis. There’s no question about it. And that is obviously because we want to keep schools open Mr Speaker and we have to take such measures as we can.

I would just remind the House however, that we are not alone in this. In France bars, restaurants and gyms will not reopen until 20th January at the earliest. In Germany, the hospitality sector will remain closed in its entirety over Christmas.

But we will do everything in our power to support our hospitality sector throughout this crisis.

We have already extended the furlough scheme for all businesses until the end of March. We’ve provided monthly grants of up to £3,000 for premises forced to close, and £2,100 for those that remain open but have suffered because of reduced demand. We have allocated £1.1 billion for local authorities to support businesses at particular risk.

And today Mr Speaker we are going further with a one-off payment of £1,000 in December to wet pubs – that is Mr Speaker pubs that do not serve food as the House know, recognising how hard they have been hit by this virus in what is typically their busiest month.

We will also work with the hospitality sector in supporting their bounce back next year.

Mr Speaker I want to stress, that the situation is profoundly different now because there is an end in sight. And I am not this afternoon seeking open-ended measures.

On the contrary, these regulations come with a sunset clause at the end of February, sorry at the end of the 2 February I should say Mr Speaker.

At that point we will have sufficient data to assess our position after Christmas, and though I believe these types of restrictions will be needed until the Spring, they can only be extended beyond 2 February if this House votes for them Mr Speaker.

These are points that have been made with great power as I say by Hon Members on all sides of the House.

We will review the allocation of tiers every fourteen days, starting on 16th December. I just want to make an important point to my Rt Hon friend and to all members who are rightly concerned about the position of their constituencies, our constituencies, in these tiers.

Of the kind we’ve seen in Liverpool Mr Speaker where since the 6th November over 284,000 tests have been conducted, and together with the effect of national restrictions, the number of cases fell by more than two thirds. This is the model that I would recommend.

We are now proposing that from tomorrow Liverpool City Region and Warrington should be in tier 2, where as previously obviously they were in tier 3.

And we want other regions and other towns, cities, communities to follow this path, and that is why – with the help of our fantastic armed forces – we will be offering community testing to tier 3 areas as quickly as possible.

Mr Speaker let me just say, I find it extraordinary that the Official Opposition –represented by the gentleman opposite – currently have no view on the way ahead and are not proposing to vote tonight.

I do think it is extraordinary that in spite of the barrage of criticism that we have no credible plan from the party opposite. Indeed, we have no view on the way ahead. It’s a quite extraordinary thing Mr Speaker that tonight to the best of my knowledge

The RHG Opposite who has always said he will ‘act in the national interest’ has told his party to sit on its hands and to abstain in the vote tonight Mr Speaker.

And I think the government has made its decision, we’ve taken some tough decisions Mr Speaker and the Labour opposition has decided tonight heroically to abstain Mr Speaker

And I think when the history of this pandemic comes to be written, I think the people of this country will observe that instead of having politicians of all parties coming together in the national interest they had one party taking the decisions and another party heroically deciding to abstain.

Mr Speaker, in the story of 2020, I think there are two great feats in which we can take a great deal of comfort.

First, our country has come together in an extraordinary effort that has so far succeeded in protecting our NHS and in saving many lives. And while our scientists have been zeroing in on the weaknesses of Covid, telescoping ten years of work into ten months, and now their endeavours are about to deliver the means as I say to rout the virus. That is clear.

The Government is backing not one potential vaccine, but seven.

We have ordered 100 million doses of the Oxford-AstraZeneca vaccine, that is now seeking regulatory approval.

We have ordered 7 million doses of the Moderna vaccine, which has almost 95 per cent effectiveness in trials.

And Mr Speaker, we have ordered 40 million doses of the Pfizer-BioNTech vaccine, which – if approved by the regulator – could start being administered before Christmas.

In total, Mr Speaker our Vaccines Task Force has secured more than 350 million doses, more than enough for everyone in the UK, the Crown Dependencies and our Overseas Territories.

All we need to do now Mr Speaker is to hold our nerve until these vaccines are indeed in our grasp, and indeed being injected into our arms.

So I say to the House again let us follow the guidance, let us roll out mass testing, let’s work to deliver mass testing to the people of our country, let’s work together to control the virus and it is in that spirit that I commend these regulations.

Mr Speaker I commend these regulations to the House.

Bradford Council could have cost you your job